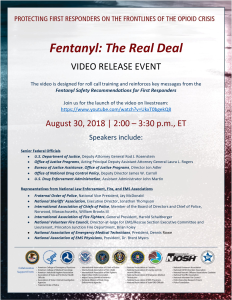 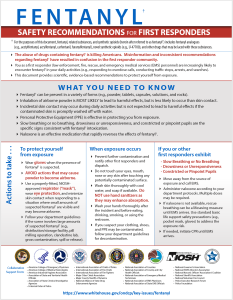 LANSING – Attorney General Bill Schuette is encouraging Michigan residents to learn more about the consumer education programs offered through his office in the month of September. The Department of Attorney General’s Consumer Protection Division offers a variety of programs throughout the month aimed at keeping Michigan consumers safe and up-to-date on the latest scams.

THE SEPTEMBER PROGRAMS INCLUDE:

In addition to the free educational programs, the Consumer Protection Division also publishes an electronic quarterly newsletter. To sign up to receive the newsletter, visit the Attorney General’s website.

Schuette is also dedicated to protecting children across the state of Michigan, and his office runs safety programs like OK2SAY and Michigan Cyber Safety Initiative (CSI). These programs inspire Michigan students to share and respond to student safety threats and break the code of silence. In the 2017-2018 school year, more than a quarter of a million attendees went to an OK2SAY/CSI presentation.

To schedule a student safety presentation for the 2018-2019 school year, visit the OK2SAY website.

REGISTER FOR A CONSUMER EDUCATION PRESENTATION

Consumer Education Presentations are available for your group, club, or class on the topics outlined above.

“The launch of this hotline is the latest – and one of the most important – steps in Michigan’s efforts to support survivors of sexual assault as they go through the healing process,” Gov. Snyder said. “Sue and I want survivors to know that trained, caring professionals are prepared to listen and assist them along their journey toward healing.”

“Too often, survivors of sexual assault feel they have nowhere to turn for help,” Sue Snyder said. “This hotline helps to build a more supportive environment in Michigan where survivors can reach out safely and confidentially for the support they need and deserve.”

The state hotline is a special project of the Division of Victim Services within the Michigan Department of Health and Human Services. Day-to-day operations are conducted by the Michigan Coalition to End Domestic and Sexual Violence.

ADRIAN, MICH. On Feb. 12, 1979, 15-year-old Andrew Jackson Greer left Addison High School and failed to return home. Greer’s whereabouts have been unknown for the past 39 plus years. The case remained cold after early investigations by the Michigan State Police in 1979 and the Lenawee County Sheriff’s Department in 2000. The cold case was re-opened in 2014 and with developments in technology and resources, the mystery of Andrew’s whereabouts has finally been solved.

A forensic analyst from the Center for Human Identification at the University of North Texas today confirmed that DNA from a “John Doe,” who was buried in a pauper’s grave in Macon, Ga. in 1979, matches Greer’s DNA.

In December 2017, a retired Bibb County Sheriff’s Department deputy made the connection between the “John Doe” and Greer. The retired deputy notified MSP detectives, who then traveled to Macon, Ga. in April 2018 to exhume the body of “John Doe.” With the assistance of the Bibb County Sheriff’s Department, Macon District Attorney’s Office and National Center for Missing and Exploited Children, detectives were able to successfully recover the body to send for additional testing.

A DNA sample was taken from “John Doe” at the Georgia Bureau of Investigation and sent to the Center for Human Identification for comparison. The results concluded that it was 1.9 trillion times more likely that the DNA from “John Doe” was that of Greer than not. Together, the DNA results and police reports conclude they are one in the same.

All indications are that Greer ran away from home on Feb. 12, 1979, and was killed when he was struck by a semi-truck while hitchhiking down I-75 near Macon, Ga. on Feb. 14, 1979. Greer’s identity has been a mystery to Georgia authorities until now, and the Michigan State Police had no information on his whereabouts until the connection was made in December 2017.

Arrangements are currently being made to bring Greer’s body back to Michigan.

A “Do Not Eat” advisory has been added this weekend by the Michigan Department of Health for area lakes that feed from the Huron River. Fish from this Michigan lake have tested positive for perfluorooctane sulfonate (PFOS.)

Kent Lake, part of Kensington Metropark, has been listed in the warning, along with other nearby bodies of water, including Loon Lake, and Hubbell Pond. Officials warn that parts of Oakland, Livingston, and Washtenaw Counties are under advisory. All fish tested from Kent lake on August 4 came back positive.

The same chemical found in the fish swimming in Kent Lake and other bodies of water connected to the Huron River is a water-resistant product used in manufacturing to create a non-stick surface. One study shows that PFAS contamination is spreading from Selfridge, who uses the chemical for training and firefighting. Tests taken from the National Guard Base shoe the PFAS contaminating the Clinton and St. Clair lakes.

How is PFAS harmful?

PFAS can effect learning, growth, hormones, cholesterol, the immune system, the liver, the thyroid. and can even increase the risk of getting cancer. Children and pregnant women are considered high risk. Though it can’t be seen or smelled on the fish, the effects start to take their toll on those who consume it.

The advisory on not eating fish from the effected areas is in effect for people, but you should also use caution with pets. Although potential harmful to eat, these fish are not considered dangerous to touch or swim with because the PFAS do not easily enter the body through skin contact.

From art fairs and car shows to food and beer fests, Michigan is host to a big variety of summer festivals. August is a popular month for music festivals, food tasting, and reenactments. The festivals listed below are a sampling of the different fair and festivals throughout Michigan:

The Weekend of August 30- September 3

August is the perfect time to enjoy a weekend festival before the weather takes a turn. Whether you are all about nature, a classic car lover, a foodie, a history junkie, or a beer enthusiast, there is something for everyone among the festivals throughout Michigan this month.

Drivers who follow Michigan’s Emergency Vehicle Caution Law (more commonly referred to as the Move Over Law) save lives, plain and simple. That’s why Michigan State Police are participating in a multi-state effort to crackdown on drivers who are not following the rule.

In 2016, 4,908 work-zone crashes took place, 17 of which resulted in deaths, according to the Michigan Department of Transportation. This statistic shed light on the fact that drivers need a reminder of the law. Far too many people are driving about the speed limit and are distracted by their phone, etc.

Senate Bill 477, the Zorn Bill, added tow trucks and utilities vehicles to the list. It also requires driver to reduce their speed to 10 MPH as they approach and pass emergency vehicles.

The Michigan Move Over Law states that when a stationary emergency vehicle has its light flashing, you must pull over into the other lane, when safe to do so. In the case where there it is only a one lane road or the emergency lights are not flashing, you are required to slow down and proceed with caution.

According to Move Over, America, more than 150 police officers have died since 1999 after being struck by a moving vehicle while they were pulled over on the side of the road. The organization was founded in 2007 by the National Safety Commission, the National Sheriff’s Association, and the National Association of Police Organizations in order to promote awareness over the Move Over Law.

The law applies not only to police and ambulances, but also to firetrucks, tow trucks, sanitation trucks, and any other service vehicle on the side of the road. The crackdown is intended to bring awareness to drivers about the law and ultimately save lives by reducing the number of tragic accidents.

In an effort to boost crowds and keep automakers happy, the North American International Auto Show  (Detroit Auto Show) is being moved from its longstanding January date to June.

Although the Detroit Auto Show remains a popular event, drawing international attention, as new cars are revealed each year, there are some drawbacks to hosting the event in January. The weather is the most obvious drawback. However, the date also poses problems with automakers and their reveal dates, it costs them a lot more money to prepare for, as they are working through the November and December holidays to be ready for the event.

Automakers have begun pulling out of the 2019 show. The January date also poses a conflict with the Las Vegas Consumer Electronics Show.

The Detroit Auto Dealership Association came to the decision to move the even from January to June after discussing options with its 250 stakeholders. Their goal is to capitalize on better weather conditions to create a festival vibe. The auto show would draw more attention, as it occurs within the same time frame as the GM River Days and the Detroit Grand Prix on Belle Isle.

The base of the Detroit Auto Show would remain in Cobo Center, but it will now be extended beyond these walls and into the neighboring areas of the city. This will allow vendors to take the exhibits outdoors, allowing visitors to drive the vehicles. Demos would be made available in real-world situations, rather than indoor simulations. Unique car displays will be built outdoors. The event will also feature concerts and food trucks from Hart Plaza, down Woodward Avenue to Campus Martius.

The Detroit Auto Show is an annual event that bring in $450 million to the area. In addition for Ford, foreign car-makers, which include Hyundai and Toyota support the decision to change the date. The auto show will continue as usual in 2109, going from January 21-27th. In 2020, the date will officially be moved to the week of June 8th.

When you contact 9-1-1, do you know the steps that dispatchers follow to gather the information needed to effectively deploy emergency personnel to the scene? Ever wondered what it would be like to work as a dispatcher?

Be sure not to miss this opportunity to get an inside look at the day of a MSP dispatcher!

On Tuesday, August 7 follow @MichStatePolice and @MSPMetroDet on Twitter for a Tuesday Tweet-Along with the dispatchers at our Detroit Regional Communications Center. Search #TweetWithMSP to find all the content.

The Michigan State Police (MSP) invites you to participate in the 23rd Annual Fall Color 5k Run/Walk on Saturday, October 6 at Maybury State Park in Northville. The $25 entry fee includes a choice of t-shirt and refreshments.

Each year, the MSP hosts the Fall Color 5k to benefit the Thin Blue Line of Michigan, a non-profit, volunteer organization dedicated to providing assistance to law enforcement families in crisis and the MSP Fallen Trooper Memorial.